Affair Help: The Mistress (of Self-Deception)

By Wayfarer on 4 April, 2013 in Deception, Myths, The Other Person

Affairs and The “Other Woman”: Lies Mistresses Tell Themselves 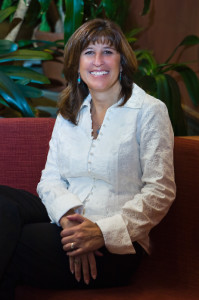 Affairs unfortunately are impacting countless families and relationships. I decided to address this topic from a different angle - the angle of the mistress. Below are myths that many mistresses in the world believe. While I understand how and why they believe these stories, let me be clear that they are all MYTHS.

You may feel like his true love, however chances are his wife was also his true love at first. Most relationships are intimate and great in the beginning - your affair is no different. Affairs are easy to be intimate in - you don’t have the demands of kids, jobs, finances, keeping things interesting after being together for ten years, etc.

2. His wife is cold and doesn’t know how to keep him happy.

His wife is not the cold, frigid witch that you may think she is or that he may paint her to be. I know many married couples who were having sex throughout the man’s affair and reported being happy with one another.

Don’t think you’re above his lies - you’re not. Be careful about thinking his wife is a cold witch because some day he’s likely to say the same about you.

The notion that you sleeping with another woman’s husband is her problem, is a lie you’re telling yourself. It’s your problem, too. If you were healthy, you would never be hooking up with someone who’s married because you would know that he was NOT healthy. Be attracted to him - yes. Sleep with him - no. When you sleep with a married man, you tell yourself that you’re not good enough to be someone’s number one.

In addition, when you stop caring about the impact you have on other people in the world, you become the cold, uncaring witch you thought his wife was. Being hurtful to others has a way of coming back to haunt us. The more integrity you have in this lifetime, the better you and those around you will feel. Start caring about who you impact because ultimately that will impact you.

4. He is going to leave his family for me.

I can count on one hand the number of men who have left their families for an affair partner. More times than not, they beg their wives not to leave them once the wives find out. For those men who are conflicted, they still struggle with leaving their children even if they don’t care about their wives. It is a long, painful process for everyone involved.

If the man you’re with doesn’t care about either his wife or his children - why do you want him?

5. Once he leaves his wife, I will have his full attention and it will just be us.

If he leaves his wife, he will be guilt-ridden about losing his family and not seeing his children as much as he used to. You will never have him all to yourself - that is not how life works. If he has children, you will ALWAYS be sharing him with them. His children (if he is at all a good father) will always be a priority in his life.

Affairs are damaging to everyone involved - including the other women. You sell yourself short when you decide to be with someone who is already committed to someone else. The likelihood of him cheating on you and lying to you just as he did/does to his wife is high. Your thinking poorly of his wife because of the stories he tells you, is naive.

Stop hurting families and pretending it’s not your fault. Stop selling yourself short and find someone you can truly be intimate with. If this man was meant to be that person, he wouldn’t be balancing his time between two (or more) women.

Get smart, get integrity and GET OUT.

Stop telling yourself that you’re different or that he loves you or … and begin to look at the picture in front of you.

Affair Help: The Business of Controversy
Affairs: Letting Go of the Past