Did You Know and Why Did You Put Up With It? 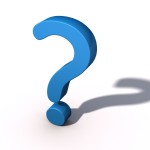 There’s a salacious element to the questions of course because infidelity makes great movie and television plots (until you’ve experienced this playing out in your own life, that is). That the questions are loaded with negative judgment though is pretty damn obvious.

There are many who also unequivocally ‘muse’ that an affair would mark the end of their own relationship. They use loaded and judgmental phrases like, “I have more respect for myself than that” or “I’m too <insert trait> for that”, or the backhanded compliment, “You’re nicer than I am, I would have…”.

These questions and veiled tsk tsk’ing are often accompanied by well-meaning advice that you should:

It’s often not until you discover an affair in your relationship that you realize how such popular advice can backfire.

So, did you know? Well, many faithful spouses don’t immediately confront their cheater when they discover the affair. Despite the understandable reaction to want to immediately vent their rage, devastation, and upset, many don’t - and that can be wise.

There are good reasons to keep your knowledge of an affair to yourself for a while:

Delaying confrontation can be a sensible approach as part of a broader strategy to address the issue from a position of strength.

Knowledge is Not Collusion

Despite the asinine bunkum postulated by the likes of Tammy Nelson, knowledge is neither consent nor collusion.

One of the worst things about being cheated on is others’ wrongheaded notion that somehow you were in on the deal. That you knowingly turned a blind eye. Perhaps you and your cheating spouse had an “arrangement,” wink, wink, nudge, nudge. The unspoken assumption is that you kind of deserve infidelity for being such an oblivious idiot.

Enduring an abusive situation is not consent. Anyone who has witnessed someone suffer an anxiety attack over their partner’s affair can attest to that LACK of consent. They didn’t invite the affair, they didn’t agree to it, they weren’t somehow okay with it. They were not given the power of veto.

Why Did You Put Up With It?

While knowledge of an affair is not evidence of tacit agreement, a long-term refusal to address the issue is not a reasonable delay in confrontation - it’s a refusal to act. There does come a time where deliberate and enduring inaction (aka Standing) implies consent.

This might not be express agreement and approval but it is tolerance and acceptance despite your disapproval. At some point you chose to remain in the relationship because you did not want to suffer the potential consequences of leaving it.

When you’re drowning in the face of an affair, the last thing you need is the twofold implication that:

Pop culture has adopted a slew of ‘explanations’ for the causes of infidelity and they are mostly judgments about the quality of the relationship, failings in the faithful spouse, and popular theory about addiction, mental health, or the power of chemicals such as dopamine. They are all ways of diffusing accountability for the cheater, and implying a role for the faithful spouse that no one should assume. To maintain the relationship faithful spouses often take on the role of ‘fixer,’ or conversely, of someone requiring repair themselves. This might be not be seen consciously but it is often the price paid to mollify a partner in a dysfunctional situation - but no one should ever shoulder the responsibility for another’s unethical choices.

How you handle the affair, and whether you knew or didn’t know is not evidence that you in some way dropped the ball. In fact, there is no game in play and you are not required to play by your cheater’s rules or expectations, or by those of anyone else for that matter.

To the question, “Surely the faithful spouse knew?” I would simply say, “So what if they did?”

It’s time to focus on the fact that it was the cheater who dropped the ball, not their spouse: The focus on the faithful spouse’s response to discovering an affair has no relevance to or bearing on the issue of a cheater’s unethical choices.