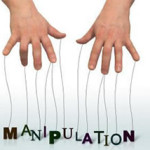 The reason that most affairs are conducted in secret is because the cheater seeks to retain their lifestyle, financial concerns and primary relationship/family, while getting their jollies from an affair.

The cheater lies to protect their self-interest, not their partner’s. It’s not uncommon for that to be dressed up later as, “I wanted to protect you from being hurt”, but that is a retrofitted explanation for why they hid the truth.

A cheater’s response to their affair being discovered or disclosed is primarily one of self-preservation.

It Was Just Sex

Minimizing language is common in cheaters (particularly after their affair is exposed), and the post, A Stupid Mistake, explores how claiming an affair to be ‘a mistake’ is in itself a manipulation and minimization.

When he uses the tactic of minimization, the disturbed character is attempting to convince someone else that the wrongful thing he did wasn’t really as bad or as harmful as he knows it was and as he knows the other person thinks it was.

A cheater minimizes to maintain control, not to protect the faithful spouse’s feelings. They intend to remain in the driving seat, maintaining as much of the illusion as they can for as long as it suits them. They understand that knowledge is power, so they attempt to mollify their spouse by admitting details (after applying spin, lie, or minimization) in small, reluctant bite size pieces.

They hope that the smaller they paint their affair the smaller and more manageable your reaction will be to it.

Affairs: Not About Sex ontrary to what is often touted in the popular media, affairs are not primarily about sex, sex addiction, or the failings of the faithful spouse, or a midlife crisis.

Affairs are about entitlement, power, manipulation, and control - there may be a sexual element to the affair, but it is not the primary driver. As we explored in 12 Things I Learned in the First 12 Weeks of the Affair,  the cheater’s personal narrative and world view plays a part in the giving themselves permission to cheat. They rationalize why they had no other recourse to their dissatisfaction in life, and they even attempt to rewrite history to further accommodate their justifications.

Cheaters gain more by controlling the narrative about their affair than they would if they permitted their faithful partners full access to the truth. Most are very concerned about how they are perceived, and many go to great lengths to impress their affair partner. But they are very concerned with how they are viewed by colleagues, their religious community and their family, and will attempt to project an image of themselves that preserves their reputation.

He might admit part of what he did was wrong, and usually not the most serious part.  By using the tactic, he tries to manipulate others into thinking he’s not such bad a person (impression management) and continues his active war against submission to a principle of social behavior.

It’s easy to fall into a traditional version of reconciliation. It’s easy to believe all the pretty words that are being said, to see upset and interpret it as remorse, and to see the cheater not leaving the marriage as an indication of their commitment and love.

Unfortunately this lures many faithful spouses into thinking that they are safe, encouraged to believe that they are dealing with a contrite cheater who has learned the error of their ways. Cheaters don’t change overnight. Ending an affair is not a signal of changed thinking or intent.

As is true when other tactics are used, when the disordered character minimizes the nature and seriousness of his conduct, you know for sure that he is likely to engage in the same or similar behaviors again. As long as he continues to minimize, he won’t take seriously the problems he needs to correct. It isn’t that he doesn’t recognize the seriousness of the issues. If he didn’t think others regarded the issue as serious, he wouldn’t feel the need to trivialize it. But refusing to accept the principle at hand and to accept the need to change his stance indicate he’s sure to repeat his misconduct.

Whatever thinking and attitudes were in place when they gave themselves permission to cheat, without change those attitudes and beliefs are still what influences the cheater’s choices. Without change, a cheater is as likely to cheat tomorrow as they were on the day they started their last affair.

It’s still amazing to me today how many folks (including therapists) can’t distinguish an offense from a defense.

Trickle truth, manipulation, and minimization don’t occur because the cheater is ‘feeling defensive’. These are robust and very successful tactics of someone on the offense. They are assaulting your sense of reality, preying on your fear of change and financial concerns, and threatening the removal of their presence from your life.

They are part of an overall game plan intended to keep you in place, manageable and compliant, so that you can continue to play the part that maximizes your benefits to the cheater while limiting any compromises they have to make.