Reconciling in an Unhealthy Relationship 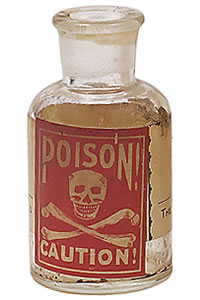 All too often there is a knee-jerk reaction on discovery of infidelity that is founded in fear, panic, anger and possessiveness and faithful spouses can immediately act to try to save the relationship.

Before rushing into a reconciliation after an affair, pause and consider the relationship you were actually in. Not all relationships should be saved or repaired, and often an affair serves to highlight some fundamentally unhealthy aspects of the relationship in general.

Not all relationships are unhappy or troubled when infidelity becomes an issue - many are functioning, content and viable, with an intact family unit and normal stresses that would affect most relationships. However, affairs can be symptoms of broader patterns of behavior and thinking, e.g. power and control struggles, entitled thinking, and imbalanced freedoms within the relationship.

It isn’t uncommon for the relationship or marriage to be unhealthy in these ways and they may not initially seem to have any relevance to infidelity. However, infidelity becomes a real possibility when the cheater’s personal narrative gives them permission to act on their rationalizations and justifications.

In her article “9 Signs That You Might be in an Unhealthy Relationship“, Rachel Goldsmith (SymmetryCounseling) explores some warning signs for dysfunctional relationships. The issues of manipulation, gaslighting (walking away feeling crazy), abuse, and control are also commonly addressed on this site (as consistent themes in infidelity) and Ms Goldsmith highlights them as red flags for relationships in general.

At Infidelity Help Group we are more concerned with support and growth of those whose lives have been affected by infidelity, than demonizing the cheater and/or the other person. Part of our concern centers on how often the faithful partners have lost their sense of self in their relationship/marriage. Ms Goldsmith raises the issue of the loss of individual identity in couples, and says,

One sign that you are in a dysfunctional relationship is if you feel as though you are not accepted for who you are or allowed to be the unique individual you are. We all change as a result of our relationships, but if you have to be together all the time, like all of the same things, and think/feel the same way about everything, then you are not actually relating to one another as separate people.

Lack of personal power and independence in a relationship can contribute to how negatively a faithful partner can react to their cheater’s betrayal. Not only is the emotional devastation of rejection difficult to cope with, but an affair can mean a loss of security, finances, intact family, and lifestyle. Where you have learned to function only as one part of a relationship, losing your own identity and strength as an individual to your partner, the threat that infidelity poses can be enormous.

Before you scramble to ‘win back’ your cheater, take some time to consider if there are more ‘warning signs’ that your relationship was unhealthy, even before infidelity became an issue. Don’t rush back into the same toxic situation just because it’s familiar.

If an affair has hit your relationship, start planning to improve your independence, even if you reconcile. Always maintain your sense of self and continue to cultivate your own identity and security outside of your relationship. When a relationship fails, you need a safety net - you.