The availability of social media such as Facebook, Friends Reunited and Classmates etc, makes it easy and convenient to locate and reconnect with old school friends.

Many affairs start between old college or school friends using the technology as an easy, no-risk first contact that is easily explained to a spouse or partner. Hooking up with an old flame can be enticing - it’s easy to recall events from the halcyon days of our younger lives with a warm and glowing burnish. Reconnecting with former lovers can feel like we’re stripping away years and enjoying the memory of better times. It can cause us to believe that, had we made different choices, our lives today would be happier, less stressed, more adventurous. The move from cautiously making contact with an innocuous, “Hi, remember me?” to an Ex-Sex Affair is clearly an easy transition for many.

AshleyMadison, from a survey of its own membership, reveal their findings on Ex-Sex Affairs. 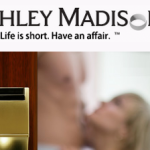 Cheating with your ex could be the gateway to a lifetime of adultery, according to a recent survey from extra-marital dating site AshleyMadison. The dating site designed for people already in relationships says 52.7% of their members admitted to committing their first act of adultery with an ex-boyfriend or girlfriend. With responses from over 12,729 malfeasant members, below is some additional information the naughty dating site dug up in their examination of ex-sex:

72.4% of cheaters have contacted a former flame in hopes of securing a hook-up

83.2% found their former flame on Facebook while 15.1% reconnected at a school reunions

Exes who want more than sex! 34.3% of two-timers who’ve had ex sex admitted to worrying their racy rendezvous could be revealed by their jealous ex.

According to AshleyMadison.com CEO Noel Biderman,

When expectations aren’t being met at home, it’s natural to fantasize about being with someone else and rekindling an old relationship can feel easier, more familiar, and strangely less like cheating.” Biderman adds, “High school and college sweethearts in particular bring back memories of a better time before marriages, mortgages and responsibilities. Though we can’t alleviate those, we can offer affairs with like-minded strangers to eliminate the risks that come along with ex-sex.

As a side note Facebook and school reunions aren’t the only booby traps - also beware back to school! 7.1% of men surveyed admitted to having their first affair with their nanny or babysitter.